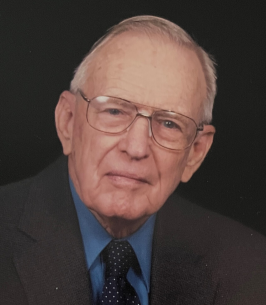 Darrell Eddy, age 91 of Bridgeport, passed away on Thursday, September 8, 2022. He was born on August 30, 1931 on Jakes Run, and is the son of the late Merle R. Eddy and Ochel B. (Chisler) Eddy.
He was preceded in death by his wife of 64 years, Almeada J. Eddy, on April 28, 2019.
He is survived by two sons, D. Bruce Eddy and his wife Clara of Core, WV and Bradley Eddy and his wife Kelley of Salem; two granddaughters, Amy Eddy and Ashley Eddy; a sister-in-law, Nina (Toni) Eddy of Kingwood; along with several nieces, nephews, great-nieces and great-nephews.
He was preceded in death by his two brothers, Glenn Eddy, and Larry Eddy and his wife Nancy; a sister-in-law, Loretta Jo Yost and her husband Don Yost; and a brother-in-law, Gary Branham.
Darrell enjoyed hunting, fishing, and gardening. He graduated from Clay-Battelle High School, attended Fairmont State College, and graduated from Salem College. He served in the US Army during the Korean War. He was an accountant/supervisor at CNG for 39 years and 9 months, before retiring on March 1, 1995.
In lieu of flowers, donations may be made to the Bridgeport Church of Christ, P.O. Box 624, Bridgeport, WV 26330.
Condolences may be extended to the family at www.burnsidefuneralhome.com
Family and friends will be received at Burnside Funeral Home, 607 S. Virginia Avenue, Bridgeport on Sunday from 4-8 p.m., where services will be held on Monday, September 12, 2022, at 11a.m. with Mark Jones officiating. Interment will be in McCurdysville Cemetery.

All rights reserved. This obituary is also archived at obittree.com